The largest crowd for many years thronged Hamilton Road Presbyterian Church on Saturday last for the final night of the annual Bangor Worldwide Missionary Convention. 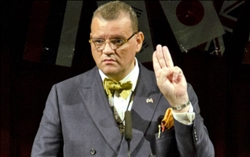 Canon Andrew White, the “Vicar of Baghdad” making a rare visit to the Province was the main speaker and an audience of over 1,000 was inspired by his account of life for Christians in Iraq today.

He brought a fitting end to the Convention which this year had a larger than usual programme of thirty individual events. Some of these were new for 2012 and all drew an encouraging response, including a reception for Retired Missionaries which began the whole nine–day programme. Attendances averaged over 600 at the evening meetings as speakers from around the world told of how God was working in their particular mission fields. From China and Taiwan to Slovenia and Ireland, messages of challenge and encouragement were shared.

The Convention was well supported by mission agencies from across UK with over 80 stands being taken in the exhibition halls.

An invitation to one of the speakers, Archbishop Ben Kwashi to visit Stormont from fellow Anglican, Arlene Foster, Minister for Employment, Trade and Industry was thoroughly enjoyed by our Nigerian visitor.

Saturday morning saw another new initiative with the church mission secretary’s workshop. David Eastwood shared from his experiences in Taiwan and then three mission secretaries shared their experiences and there was time for questions from the floor.

We were delighted to have Archbishop Ben Kwashi with us for the first half of the week and he shared on Saturday evening along with Sarah Chan (CWI). The theme was “A Faith to Die For”. Alistair Hamill led the praise.

On Sunday evening Rev John Woodside spoke about his experiences ministering in the Republic of Ireland.

The theme for Monday evening was “Into Africa”. Sid and Jean Garland, Mission Africa spoke along with Archbishop Kwashi.

The theme for Tuesday was “Across Europe” and Andy Ball (Eastern Europe) and Alen Kercmar were the speakers.

On Wednesday morning Archbishop Ben Kwashi was delighted to receive an invitation from Stormont Minister Arlene Foster to visit Stormont and thoroughly enjoyed his time there. This visit gained favourable publicity for the Convention.

On Wednesday afternoon there was another first – a special meeting led by Derek Polley of Prospects – “Reaching out to those with learning disability”. They had a great time of celebration with about 70 attending and they would like to repeat this next year.

The Ladies meeting on Thursday afternoon was very well attended. Sarah Chan and Tatyana Ball shared excellently and personally about their experiences of working in London and living in the former Soviet Union.

The church was full again for our “ Ireland “night on Thursday. Pat Thomas of NI Prison Fellowship and Jacob Reynolds of the Irish Bible Institute gave their perspectives of working in the north and south of Ireland with all types of people

Friday night is traditionally our Youth Night but this year it was open to all ages. The youth “kicked off” with a bar–b–q and then heard Phil Hills, Chairman of Teen Challenge speak about his work. Phil Craig from Safe Zone, Joel Marcus OM short term and others shared. It was particularly poignant too hear from those involved in helping women caught up in human trafficking in NI.

Saturday morning was our Children’s event – God’s Great big world. It was full to capacity this year and all the children seemed to enjoy the morning.

The church was well filled every evening with the largest attendance on the closing Saturday night when Canon Andrew White “the Bishop of Baghad” spoke about the great work he and his church are doing in that “war torn city” with the Lord’s provision and help.

Attendances at the Bible readings held up well throughout the week due to the inspired speaking of John and we are grateful to him shedding new light on the Kingdom of God as seen in Mark’s Gospel. The prayer meetings were well attended again this year and this was a huge encouragement to the committee who put great emphasis on this aspect of the Convention. We are sure that God answered our prayers both in Bangor at the Convention and in many mission situations across the world.

We had over 80 exhibitors this year at The Mission Resources Exhibition which was well attended again this year. Monday to Thursday evenings a representative from the Mission Workers Fellowship gave a 5 minute update in the main meeting which was informative and well received.

A great week for which we are very thankful to God. 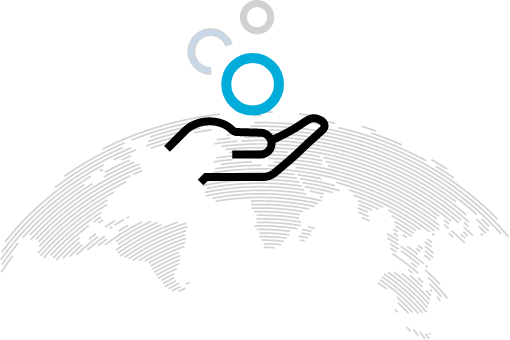